Bitcoin - in simple words about the most popular cryptocurrency 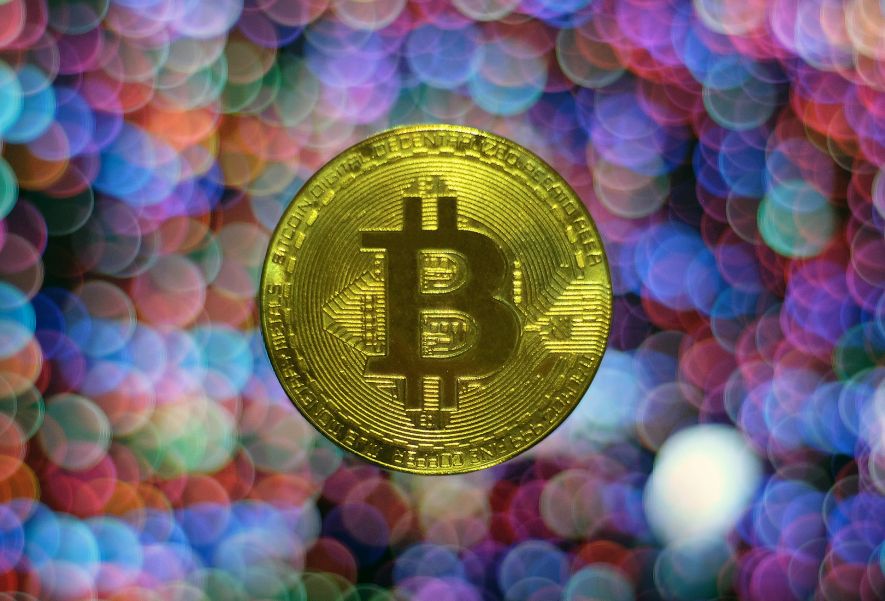 We live in a new era of digital technology. The Internet is penetrating into our lives deeper and deeper, and 20 years ago no one could have thought that you could make payments by one touch of a button. Today we have already come to the situation when the worldwide network has become a source of income, and its own currency has appeared in it. 2017 marked an era of cryptocurrency, the flagship of which was Bitcoin - the main digital cryptocurrency of the planet. We will try to talk about Bitcoin in simple words and understand: what is it, how it can be obtained, and how to convert it into traditional money (for example, in dollars or hryvnias)? We will try to provide detailed information about cryptocurrency in short.

Before we talk about how to get and how to sell bitcoin in more detail, let's try to figure out what it is and how it differs from other types of electronic payments.

So, how is Bitcoin different from WebMoney or Yandex.Money? In fact, this is the same payment tool. However, WebMoney or Yandex.Money offer payment in traditional currencies (standard dollars). Bitcoin differs from fiat money in that it is decentralized. It is not controlled by any state in the world. Nobody prints Bitcoin and does not release it again. In total, only 21,000,000 BTC is provided. It won’t be more. Therefore, inflation in the traditional concept of the word does not threaten cryptocurrency. There simply won’t be emission.

Unlike traditional money, bitcoin is not provided with anything. If hryvnia is provided with NBU gold and currency reserves, then BTC is only mathematics. Actually, by launching mining, you will turn your mining into a mini version of the Central Bank of any country. As we have already mentioned, Bitcoin does not have a specific center of management, and it exists thanks to the millions of computers that are looking for blocks and receive a reward for this. Each of them is an equal member of the system.

How to display where to buy

There are two ways to get bitcoin. The first is mining. However, now it is simply unprofitable to mine this cryptocurrency being alone. It is necessary to join the pool. But before that you will have to invest in equipment a lot: a processor, video cards, a cooling system - all this will have to be bought. Video cards are very expensive, such costs will be covered for a long time.

It's much easier to buy BTC . First you need to have a cryptocurrency wallet, that is quite simple. Buy or sell Bitcoin can be either on exchanges or through special exchangers. Each option has its advantages and disadvantages. For example, on exchanges you can buy bitcoin at the price set by bidders, that is, at the "net" price. It does not depend on the desire of a group of owners, as in the case with exchangers. However, the exchange can take a long time on the exchange, because first you need to wait until the buyer answers your request. In addition, the world's leading trading sites like Binance, Bittrex or Bitfinex do not offer the possibility to exchange UAH for BTC.

As for exchangers, here you can exchange almost any currency for cryptocurrency, depending on the functionality of the site. Exchange is instant. But such options suggest the need to search for the most profitable Bitcoin exchange rate to hryvnia. For example, you can profitably sell or buy Bitcoin at Cryptoexmoney .

The main advantages of bitcoin over other cryptocurrencies

Bitcoin has many advantages over other cryptocurrencies. First of all, it is about storage and cost. Bitcoin is the most famous and most popular digital currency that is trusted. And many analogues that try to attract customers with their differences often look in the wrong direction. For example, forecast markets or completely anonymous purchases are something that not every user needs (although anonymity is one of the leading principles of digital money).

Bitcoin is simply more accessible than others. Of course, there are analogues that are traded on all major exchanges (such as Ethereum or Litecoin), but a huge amount of little-known cryptocurrencies can only be bought at unverified sites. Hence the risk of losing money. Bitcoin is the largest cryptosystem of developers having a huge number of types and features of software. There are simply more investors and people who trust the ecosystem.